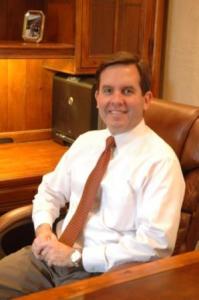 Mr. Scott Chesnut – Secretary
Mr. Chesnut is currently the Rockwell Collins Corporate Lead Executive for the South Central Region. He is responsible for leading enterprise-level BD and sales activities; and capturing orders at the Lockheed Martin Company and with several partner companies in the region as part of Rockwell Collins Government Systems. His customer base includes, but not limited to defense contractors and Government agencies. Mr. Chesnut was formerly the Director of Business Development for Prime Solutions Group Inc. (PSG). In that role, Scott was responsible for company administration, IT, and HR oversight, as well as business development and sales channels in Arizona. Scott is also a profession musician, and an avid private pilot.

During his 25-year military career, Mr. Chesnut held several senior command positions as a Colonel in the United States Air Force, where he had unique oversight of legislative affairs, community planning, aircraft operations, homeland security, interagency operations, and contingency response for our National Capital and other key global regions. During his career, he moved 14 times and fought in three wars; to include the Cold War, Desert Storm, and Operation Iraqi Freedom (OIF). He received the Bronze Star Medal for combat leadership in OIF.

Mr. Chesnut received his Bachelor’s degree in Aviation Business from Arizona State University in 1981, MBA in Aviation Business from Embry Riddle University in 1991, and MA in National Security Strategy from the National Defense University in 2001. Mr. Chesnut holds an FAA Airline Transport Pilot Certificate and a Gold Seal CFII-MEI with over 7,000 total civil/military flying hours, including qualifications in the supersonic F-111; the KC-10, C-141, C-5, and Gulfstream V jets; and over 30 general aviation aircraft.

Mr. Chesnut is an active volunteer in his community. He is a graduate of the Scottsdale Leadership program, and is the former Vice President of Aerospace Education for the Luke Chapter of the Air Force Association; and Vice President of the Arcadia neighborhood association. He is also a current member of the EAA, AOPA, and the American Association of Airport Executives (AAAE). He has been a past president of local chapters of The Gideons International, held several positions with The Boy Scouts of America, and participated on the Federal Executive Board. ). Mr. Chesnut is joined in his Flower Mound, Texas home by his wife Laura; and has three college-age children; Hallie, Brian and Ian.