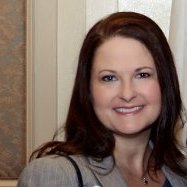 She served as economist and director of innovation, research and assessment for Operation HOPE, a global economic empowerment organization, and assisted the launch of the Gallup-HOPE financial literacy index.

As a Federal Reserve economist in Dallas and New York, she covered regional, national and international issues. In New York, she conducted risk assessment of payments systems policy and development, and participated in meetings of the Bank of International Settlements, Foreign Exchange subgroup. In Dallas, she served as Special Assistant to the President and addressed public audiences on economic issues. She testified before the Texas Lt. Governor’s Advisory Council on the Digital Economy on Texas high tech clusters. Her work in China included field research and the publication China’s Churn, a study of emergent capitalism and U.S.-China trade relations.