Patricia serves as VP Business Development for National Security Corporation, which has provided security expertise to government, military, and commercial clients for over 35 years. Focused on emerging technologies, she has served on leadership teams at Silicon Graphics, Accenture and PwC and has helped lead efforts in inclusive intelligent infrastructure, water tech, quantum computing, breach and attack simulation, security engineering, robotics and education. She serves on the SAE Austin Board, and…Read More

Mike has over 25 years of experience in technology and leadership in the defense industry working for contractors Lockheed Martin (currently) and Raytheon (prior to that). He’s worked systems engineering on products for Army, Navy, Air Force, Marines as well as Special Operations Command in all phases of the product lifecycle from early development through production and sustainment. He’s worked on a wide array of military subsystems, obtaining exposure to numerous technical specialties on every level of integration from the chip level all the way up to force-on-force mission modeling of systems effectiveness. Mike led the Lone Star Chapter of NDIA from…Read More

Mr. Febbroriello is a Texas and Massachusetts licensed attorney with experience representing prime and subcontracting defense companies assisting them with regulations promulgated by the State Department (DDTC), Department of Defense (DCMA, PARCA), the Commerce Department (BIS) and the Bureau of Alcohol, Tobacco, Firearms and Explosives (BATFE). He regularly works with firearms and munitions companies on a variety of matters ranging from the ITAR and export compliance to general corporate matters and litigation risk management. Mr. Febbroriello has worked extensively with microcap and small cap growth companies on various United States stock exchanges and quotation systems including the NYSE, NASDAQ and OTC Markets and he has successfully closed PIPE financed RTOs and registered offerings for companies valued up to $500,000,000….Read More 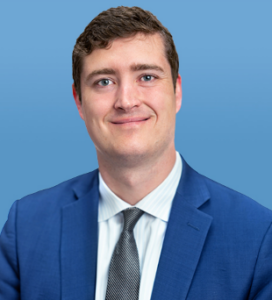 Alexander B. Gray serves as Managing Partner of American Global Strategies LLC (AGS),an international strategic consulting and advisory firm headquartered in Washington,D.C. Mr. Gray founded the firm with former U.S. National Security Advisor Robert C. O’Brien in January 2021 and AGS advises clients in the defense, aerospace, technology, private equity, and maritime sectors.Mr. Gray is a Strategic Counselor at Ballard Partners, a government and public affairs firm in Washington, D.C., where he provides internal advice to the firm’s leadership on a variety of international matters. Additionally, Mr. Gray is a member of the Advisory Board at Fairbanks Morse Defense (FMD) in Beloit, Wisconsin. In addition to his private sector activities, Mr. Gray is a Senior Fellow in National Security Affairs at the American Foreign Policy Council (AFPC); a Senior Advisor at The Marathon Initiative; a Senior Non-Resident Fellow at the Global Taiwan Institute (GTI); and a Member of the Nixon Seminar at the Richard Nixon Foundation. He is currently writing a book on the history of U.S. strategy in the Pacific Islands. Before entering the private sector, Mr. Gray served in a variety of capacities in the U.S. Government, most recently as Deputy Assistant to the President and Chief of Staff of the White House National Security Council (NSC). He earlier served as Special Assistant to the President for the Defense Industrial Base at the White House National Economic Council (NEC) and as Director for Oceania and Indo-Pacific Security at the NSC.Prior to his service at the White House, Mr. Gray was a Member of the 2016 Presidential Transition Team at the U.S. Department of State and Senior Advisor to former U.S. Rep. J. Randy Forbes (R-VA), Chairman of the House Armed Services Subcommittee on Seapower and Projection Forces. Mr. Gray is a frequent commentator on national security and foreign policy issues. His writings have appeared in The Wall Street Journal, Foreign Policy, National Review, The Weekly Standard, Naval War College Review, Proceedings of the U.S. Naval Institute, The National Interest, The Hill, Newsweek, Real Clear Defense, and other outlets. He also appears regularly on Fox Business Network and a variety of national and international television and radio broadcasts. Mr. Gray, a Term Member of the Council on Foreign Relations, is a recipient of the Secretary of Defense Medal for Outstanding Public Service and the National Security Council’s Outstanding Service Award. He is a Member of the Board of Visitors of the U.S. Coast Guard Academy, appointed by the President for a three-year term, and a Member of the Oklahoma Advisory Committee for the U.S. Global Leadership Coalition. A graduate of the Elliott School of International Affairs at George Washington University (B.A. International Affairs), Mr. Gray resides in Oklahoma City with his wife and son. 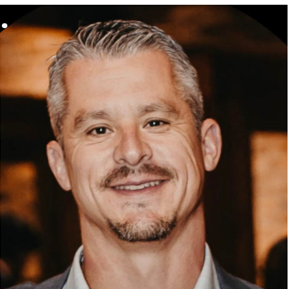 Mr. Keen is a reservist, currently assigned to the Marine Corps Innovation Unit, managing wargaming, experimentation and prototypes. He previously served as the Technical Director at US Cyber Command and NATO’s Quantum Expert Group.

Emily L. Kimmett has multi-industry experience as a Business and Proposal Development professional with experience in test engineering, marketing, state lobbying, UAS programs, and project management.
In addition to performing all aspects of business development, she continues to work as a practitioner directly supporting clients as a Color Team Reviewer and Trainer…Read More

https://www.linkedin.com/in/robgorham/Rob Gorham Executive Director of SecureAmerica Institute Rob Gorham is the Executive Director of The SecureAmerica Institute for the Texas A&M Engineering Experiment Station (TEES) where he is responsible for development and execution of strategic manufacturing initiatives. His current focus is leading the SecureAmerica Institute, a private-public partnership converging technology, economics, and policy to enable a secure and resilient U.S. manufacturing and industrial base through applied research,education and workforce development (EWD), and technology transition. He previously served as the Executive Director of America Makes, the National Additive Manufacturing Innovation Institute at the National Center for Defense Manufacturing and Machining (NCDMM). In this position, Gorham was responsible for execution of the $400M, Department of Defense (DOD) sponsored, public-private partnership charged with advancing the adoption of 3D Printing and Additive Manufacturing technologies within the United States. Prior to joining America Makes, he was Senior Manager of the Manufacturing Exploration and Development Group at Lockheed Martin Aeronautics – Advanced Development Programs, also known as The Skunk Works. In this position, Gorham was responsible for leading the transition-focused development and application of affordable manufacturing technologies for Lockheed Martin. He holds a B.S. in Aerospace Engineering from Texas A&M University and a M.S. in Engineering Management from Southern Methodist University.

Gary grew up in Jenks Oklahoma and enlisted into the United States Army 18 and Retired after 30 years of active federal service.   Currently serving as the President of Veterans Solutions 4 Life, Vice President of LostSoldiers Foundation and Former Customer Service Representative at the Social Security Administration. Being in these positions allows him to interact with veterans daily to offer profound solutions to those he interconnects with.  He epitomizes the word selfless servant in his willingness to put the needs of others beyond his own. Gary is an experienced training and management professional with an extensive background in diverse organizational and cultural settings.  Served as a Human Resource manager and supervisor for over 30 Years. Recognized as a subject matter expert in all facets of training and human resource support.He successfully managed the United States Field Artillery Distance Learning program and supervised 12 instructors, 200 civilian personnel across the Army in implementation to its current teaching methodology. Proficient in performing public speaking engagements at multiple levels of management. Strong record of professional integrity, loyalty, moral courage, and ethics. Gary graduated from the University of Oklahoma with a Master’s degree in Human Resource with a certification in Diversity.  He also graduated from Excelsior University with a Bachelor’s Degree in social sciences and Business Management.

Scott works at the Department of State starting in 2017 where he is Present Washington D.C.Staff Advisor, Office of the Special Presidential Envoy for the Global Coalition to Defeat ISIS. He has also works at the Emergency Operations Proving Grounds in 2016 at Jacksboro, TX. Other assignments include: Director of Academia at University of North Texas 2013 -2016 Professor Criminal Justice Dept. Department of Homeland Security 2008 to 2014 Dallas, TX. Intelligence Officer George W. Bush Administration 2004 – 2007Washington DC – Dallas, TX Assistant to the Press Secretary…Read More

Astrapi Corporation
David is a Co-Founder and Chief Commercialization Officer of Astrapi Corporation, a communications signal modulation company with offices in Dallas, TX and Washington, D.C. David’s efforts helped Astrapi win the Grand Prize for Astrapi at the SATELLITE 2017 Startup Space Pitch Competition and earn one of the “Most Promising Startup” awards at the FinSpace Summit for Satellite Finance in Paris. David also acted as the Astrapi Principal Investigator…Read More

Raytheon Director of Programs – Retired
Chuck has 39 years experience in defense contracting at Texas Instruments and Raytheon.  Chuck has worked on a variety of missile programs and intelligence services.  His worked has spanned development, production and sustainment’ both in the US and overseas including contracting with the United Kingdom, Netherlands and others. He has worked in a variety of missile and intelligence technologies, and has experience ranging from software coding to director of missile programs. Chuck has a Bachelor of Mathematics degree from the University of Wisconsin… Read More